C-130 Hercules at the Southern slopes of the Ellsworth Mountains.

Everything needed for living in the Antarctic has to be brought in by sea or air- food supplies as well as petrol and oil. And because it’s not permitted to leave litter behind in the eternal ice, the Hercules takes the empty oil drums back again. 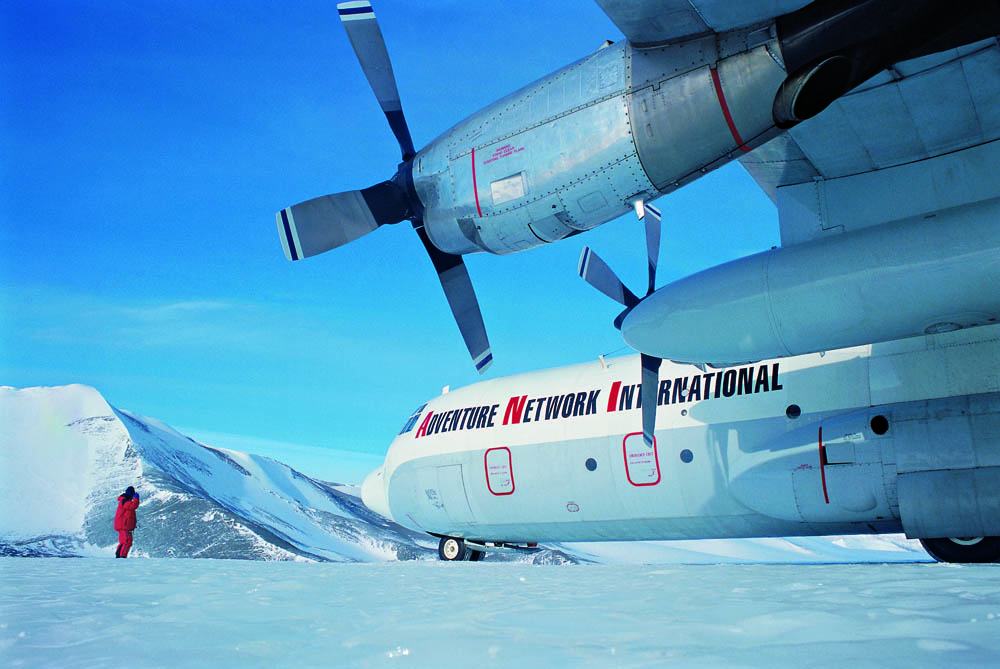 The robust and versatile Lockheed C-130 Hercules, actually a military transport, is ideal for flights to the Antarctic. It can carry a large payload and is undemanding as far as runways are concerned. 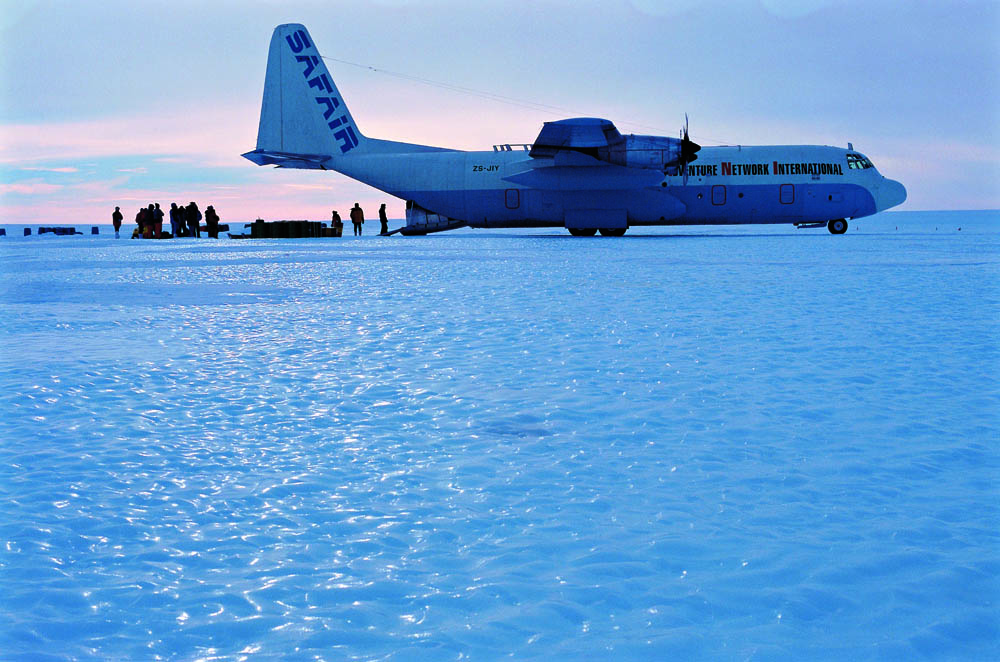 The stopover in the Antarctic lasts only a few hours. When the Hercules lands, crates and drums to be taken back on the return flight stand ready.