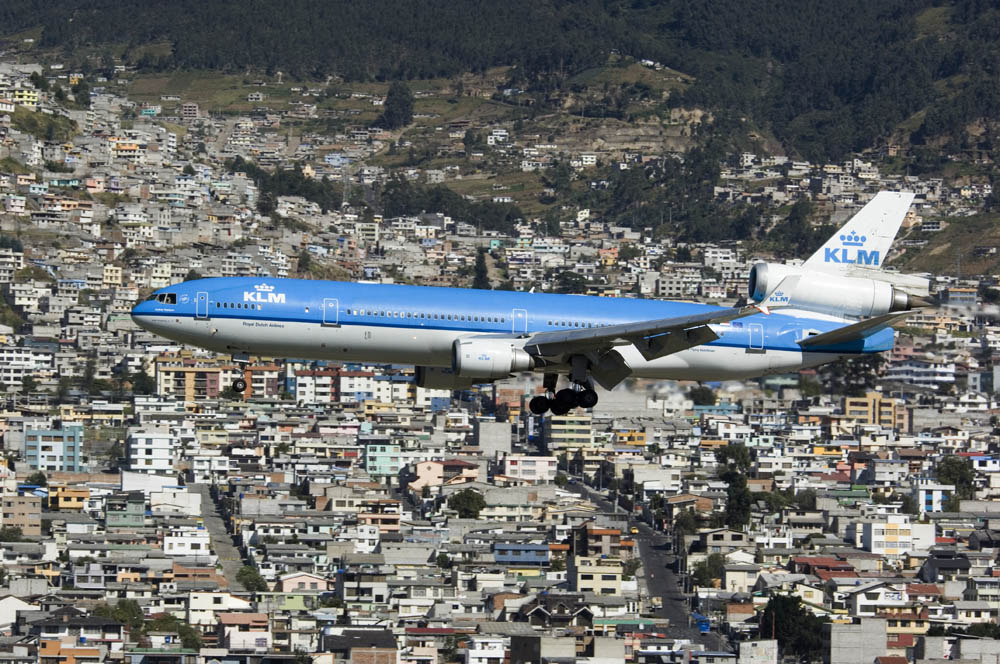 Quito’s international airport, at an elevation of 9,228 feet above sea level, is considered difficult to approach. For quite some time the airport has been surrounded by the 2 million city. 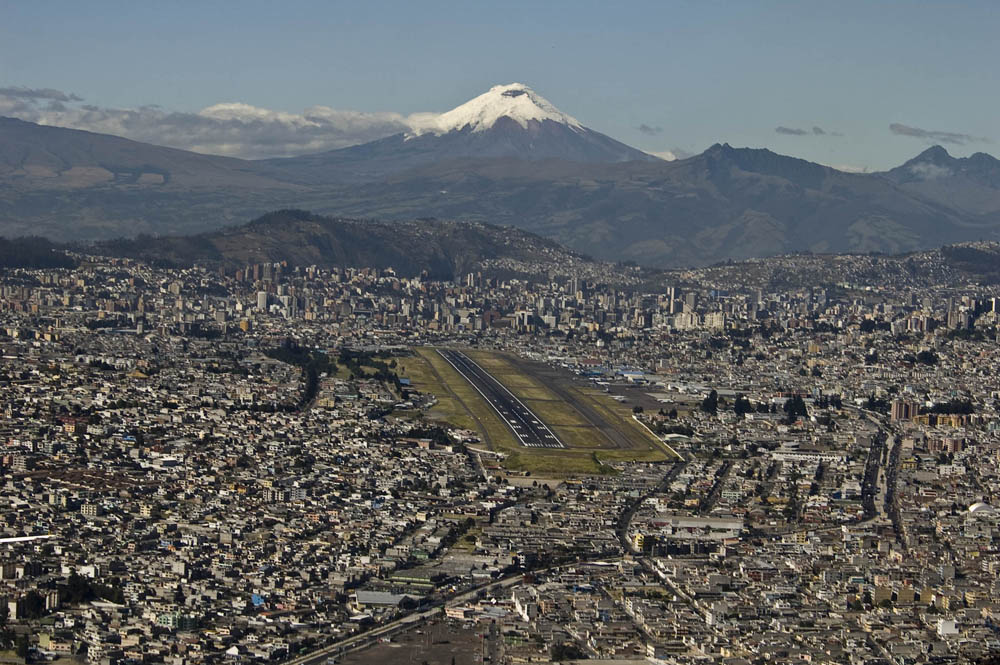 Three decades ago, Quito’s airport was still far from the town.

A340-600 from Madrid coming shortly before touch-down. 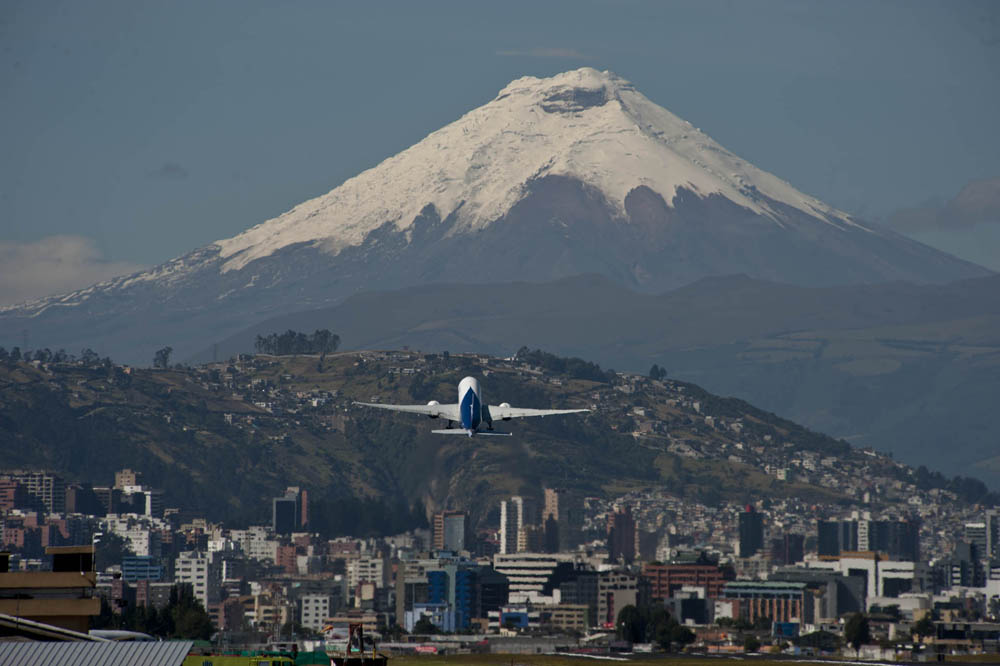 A few minutes after take-off in a southerly direction the aircraft passes Cotopaxi, one of the world’s highest active volcanoes 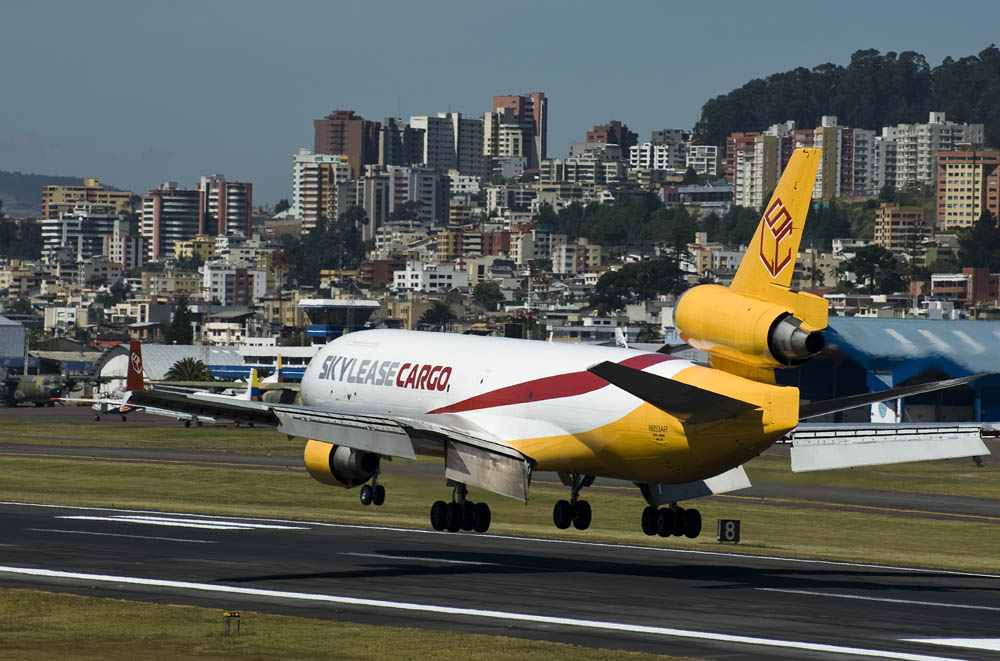 MD 11F touching down at Quito.

Pilots of domestic airlines, such as TAME and Icaro are familiar with the airport’s challenges, while crews of other carriers have to polish their proficiency by occasional touch-and-go circuits.