Meat flyers of La Paz in the late 90s

Gradually the elderly “meat flyers” are being retired – Curtiss C-46.

That this Convair CV-240s is well past its prime is quite apparent. 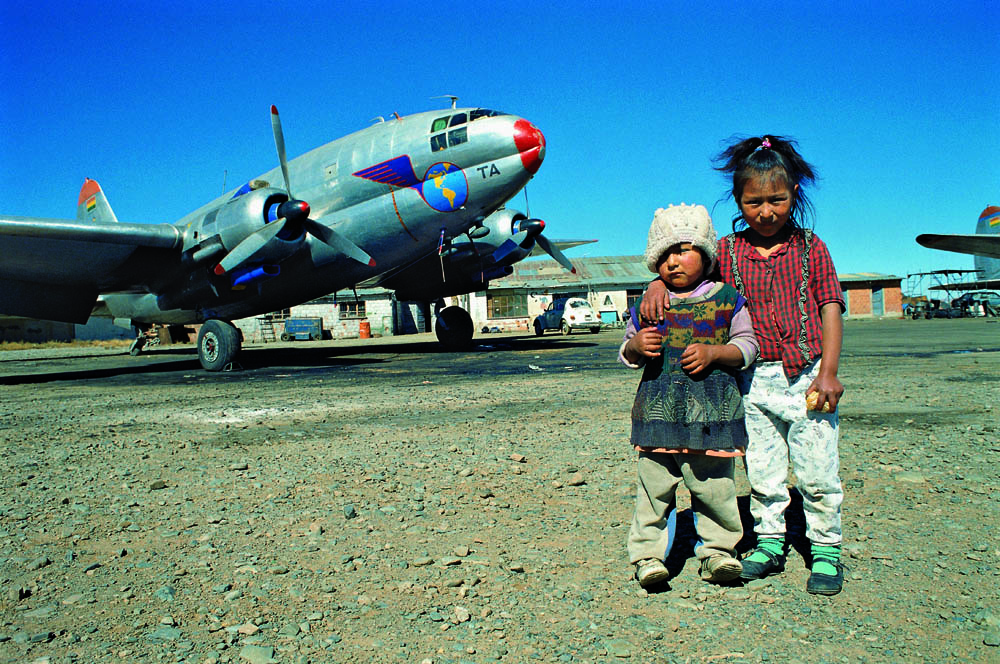 The airfield as playground. The children on La Paz Airport have long got used to the sight of the ancient Curtiss C-46 propeller aircraft. 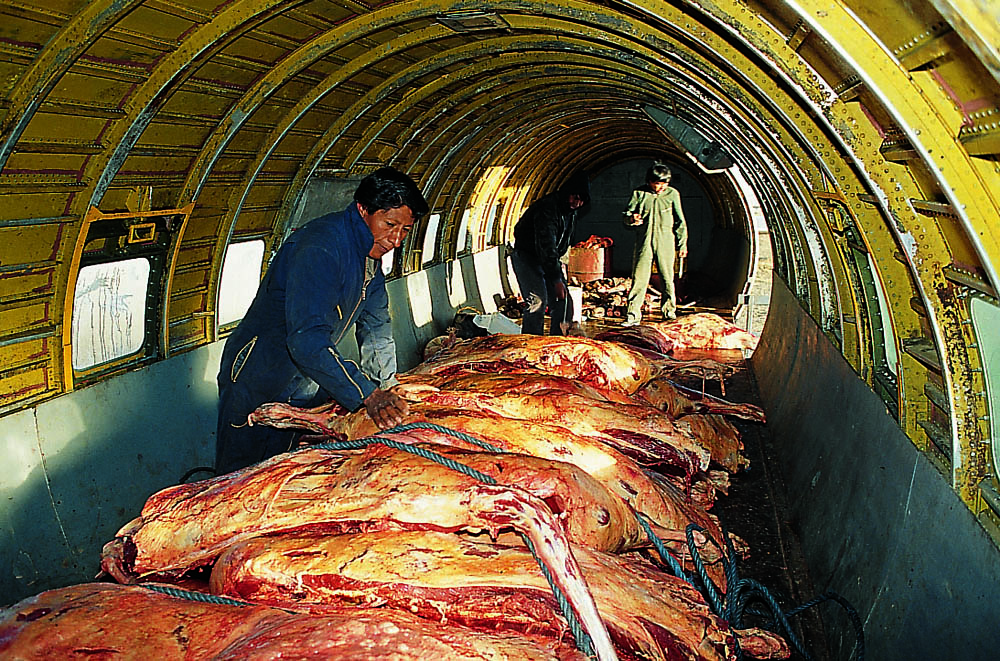 On average, 25 steer carcasses with a total weight of about five tons are carried on each flight. 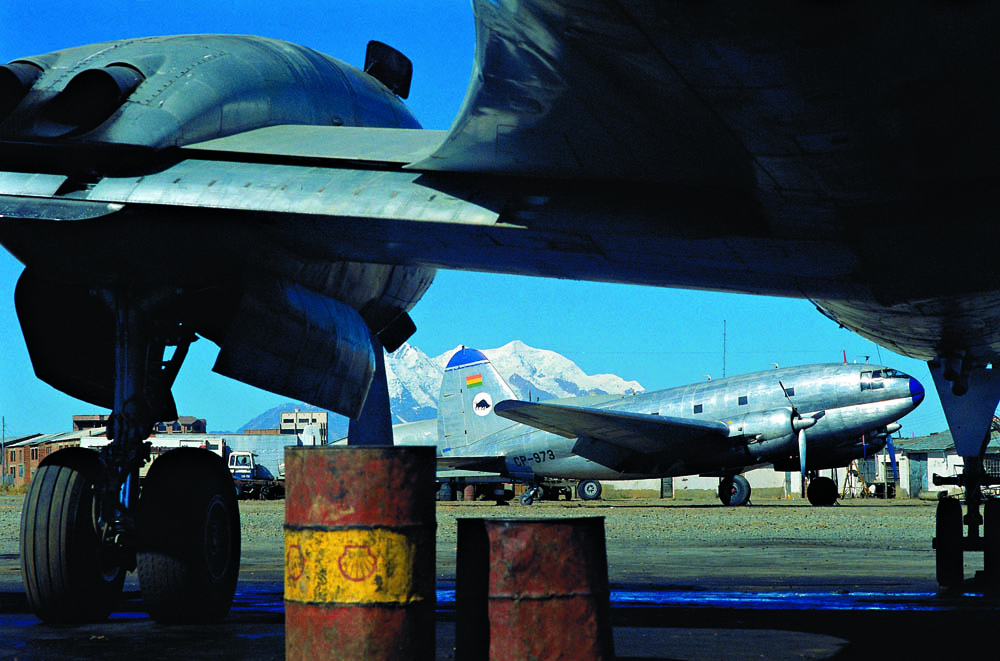 Curtiss C-46 in the late 90s at La Paz with Illamani in the background. 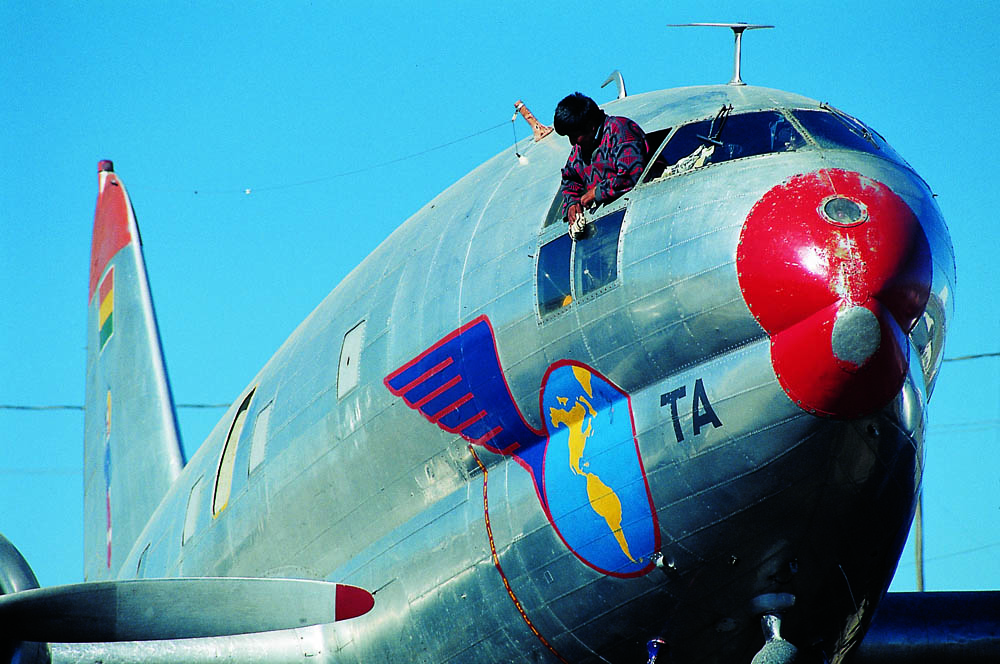