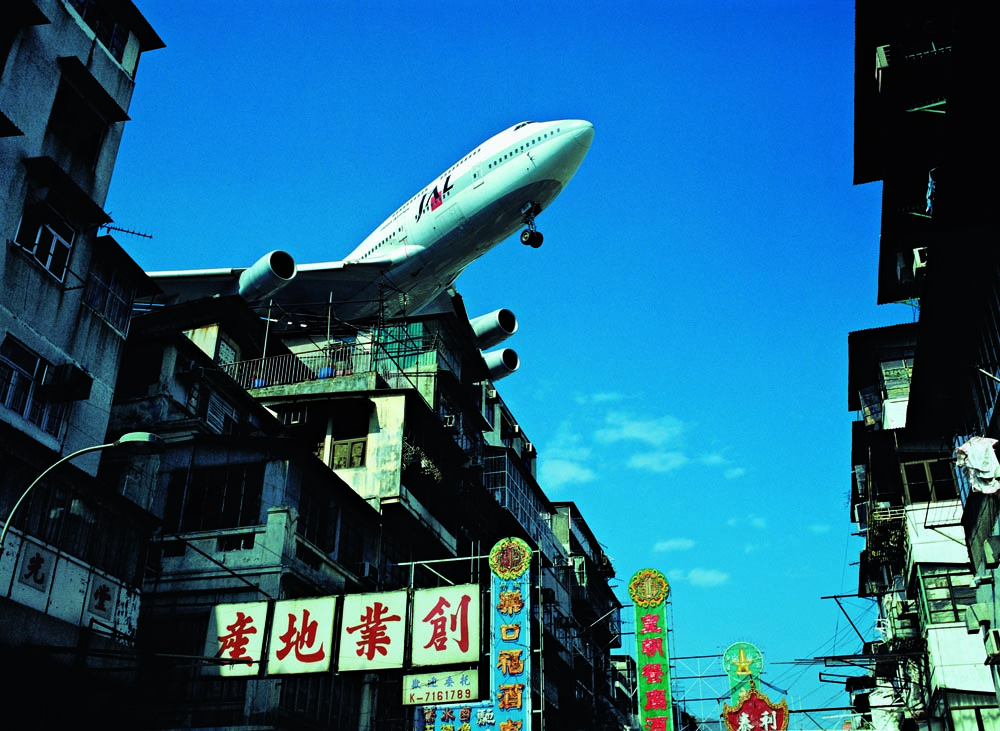 The huge Japan Airlines Jumbo seems to sit on the Hong Kong rooftops like a monument. 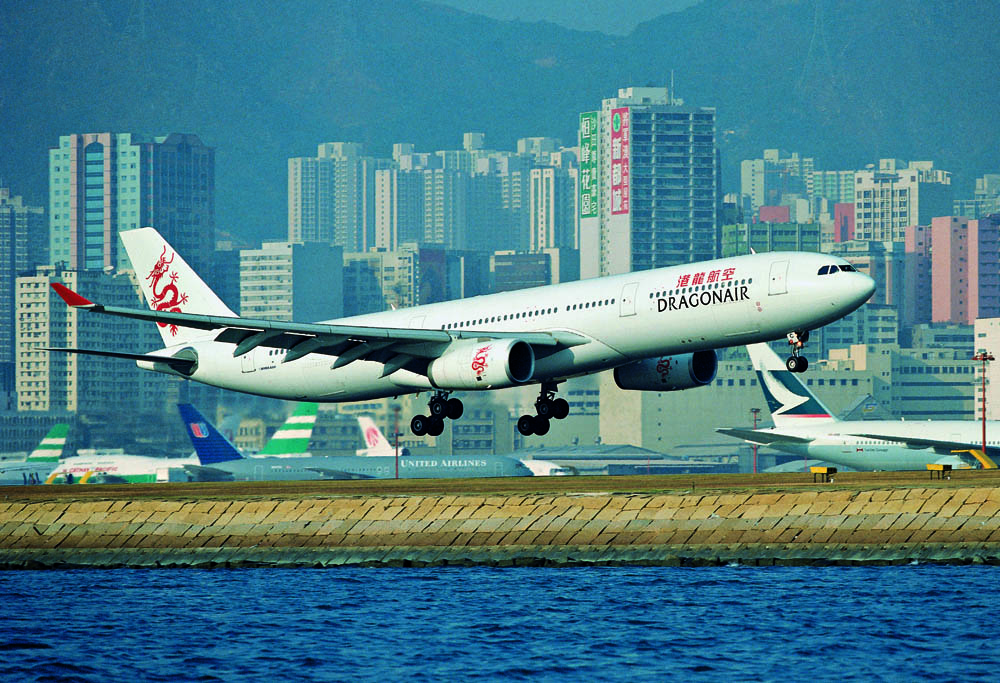 Only a few more meters and the Dragonair Airbus A330 has done it. Landings at Kai Tak were nearly always in the direction of the sea, only occasionally did wind conditions make the opposite direction necessary. 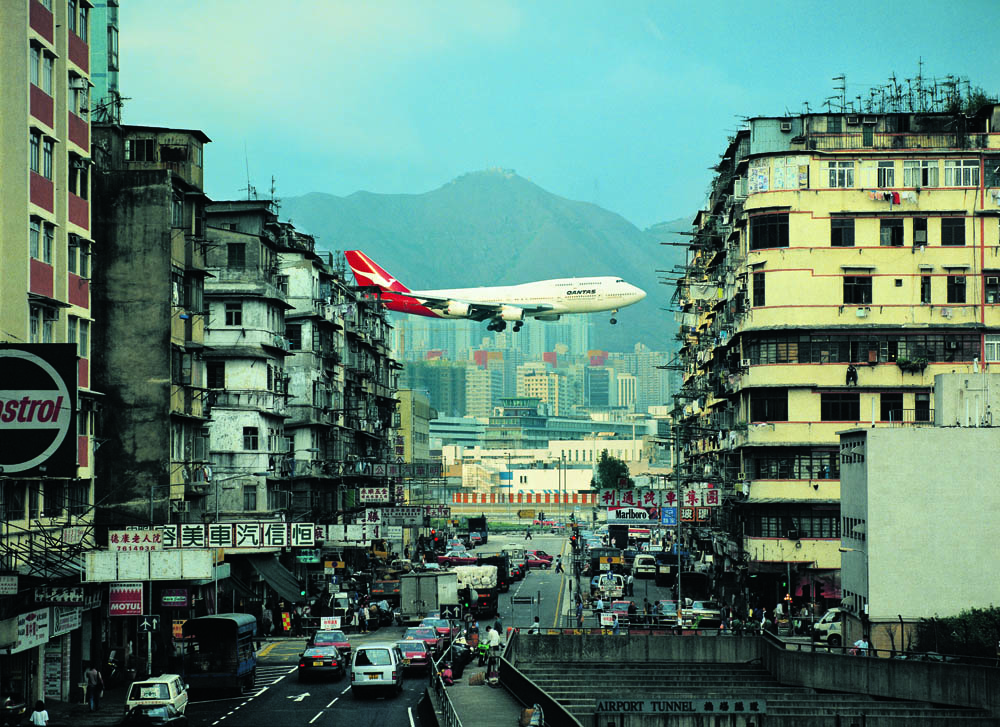 Arriving aircraft- here a Boeing 747-400 of the Australian Qantas airline – appeared almost without warning over the streets of Kai Tak. A spectacular phenomenon for the tourists whereas the locals, long accustomed to such events, hardly even looked up. 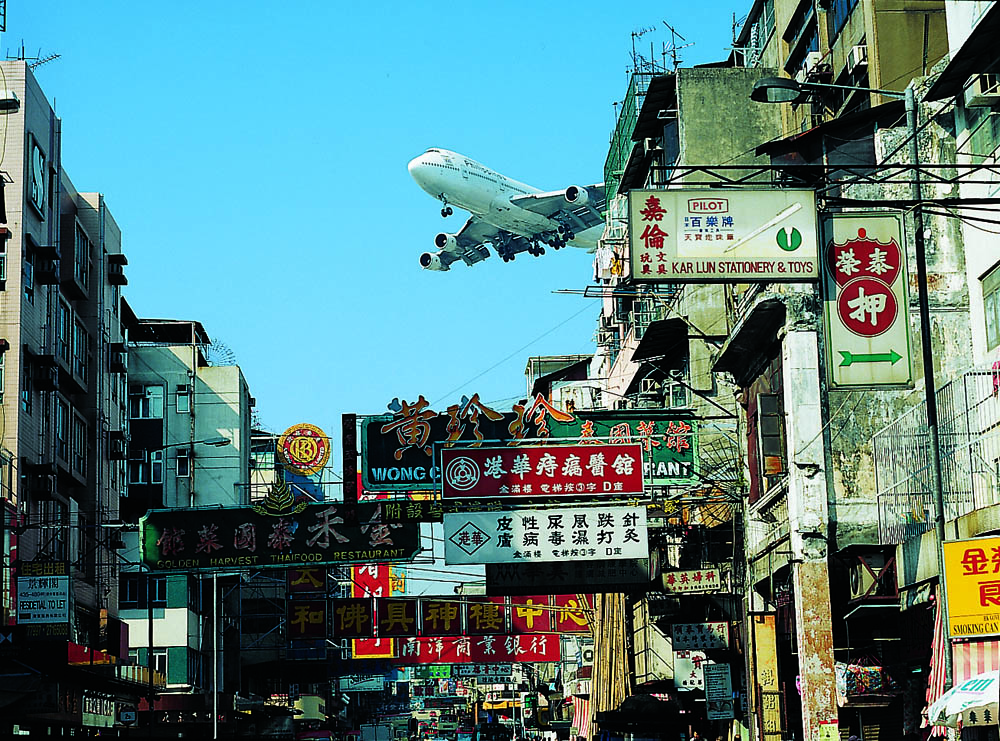 Chek Lap Kok, was opened in 1998. Pictures like this belong to the past. 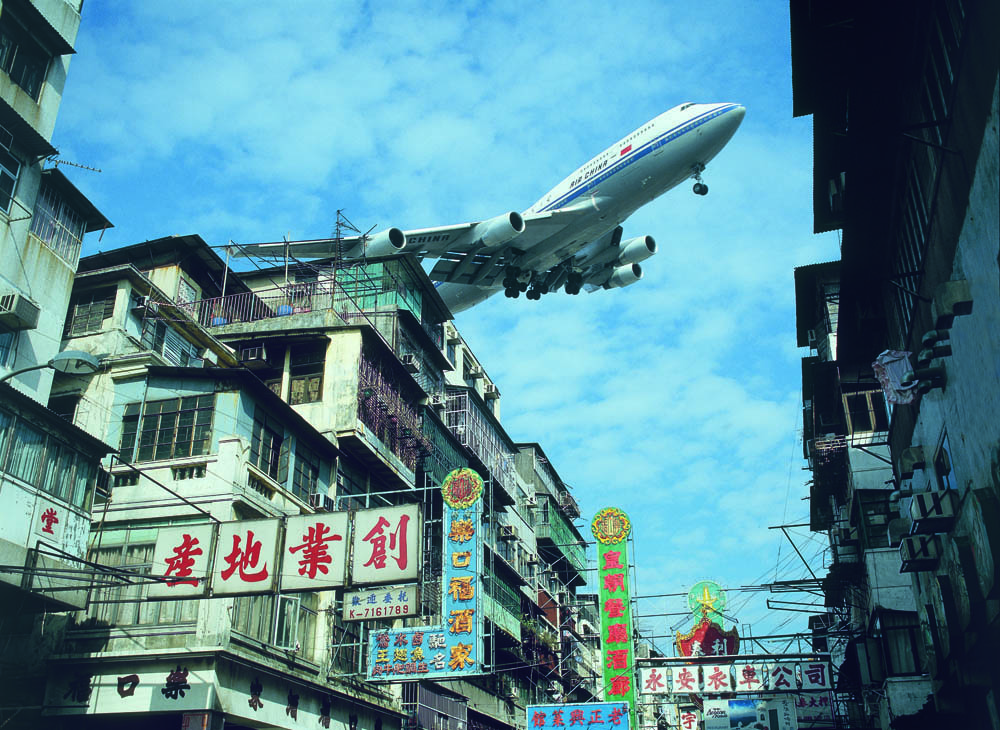