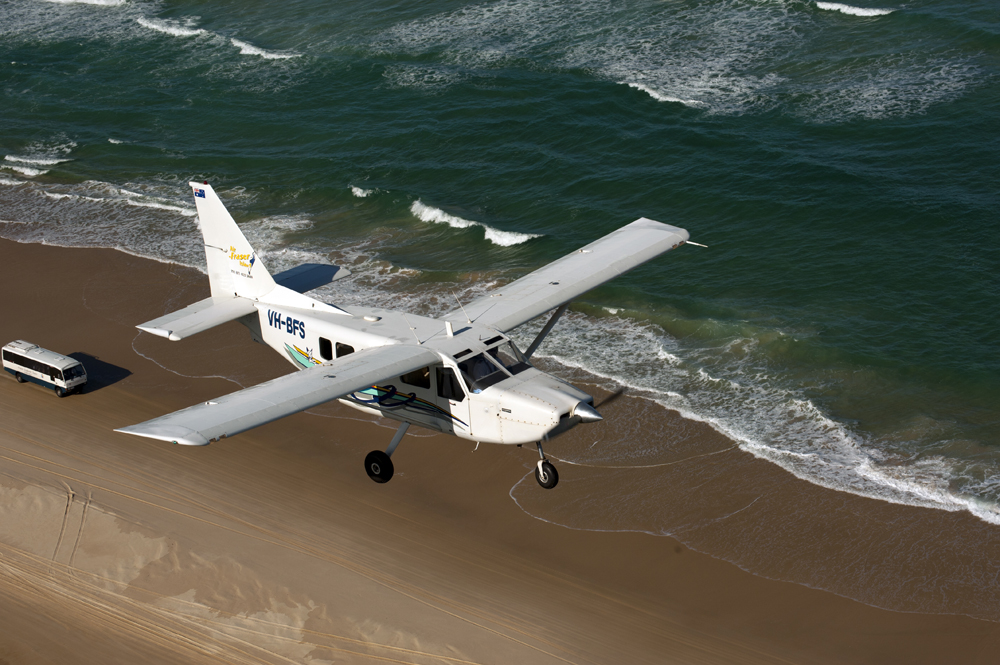 Airvan, bus, beach and sea – this combination is the basis for Air Fraser Island’s activities. 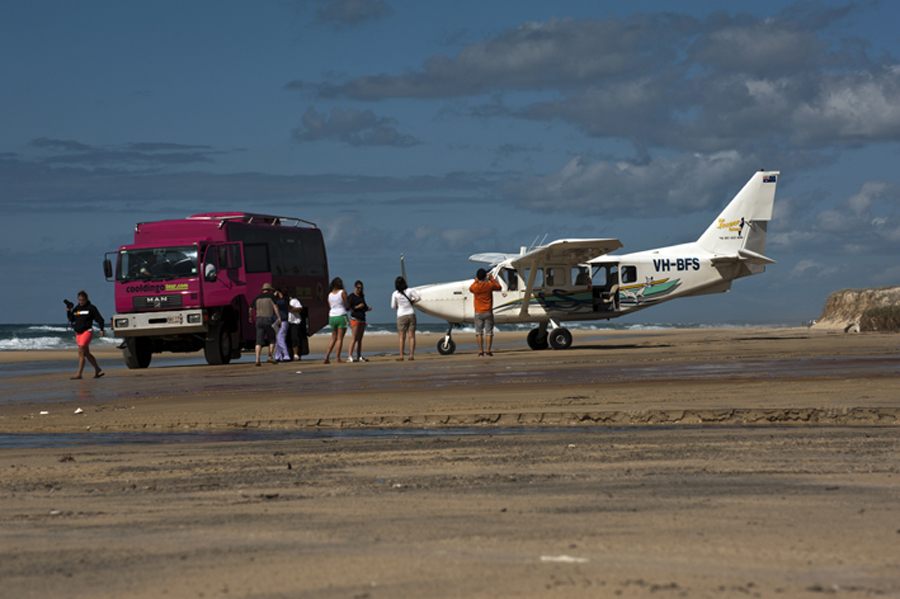 After he has landed the airplane close to a bus, the pilot tries to talk the tourist into hopping on board for a brief sightseeing flight. 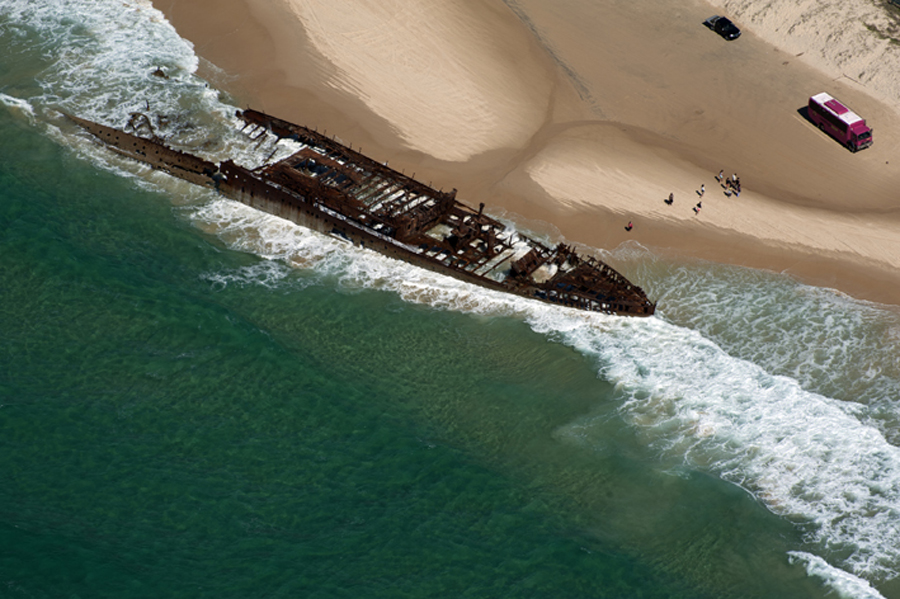 The wreck of the SS Maheno, which stranded on Fraser Island in July 1935, is a popular destination for tourists and of course a “must” during the Air Fraser Island sightseeing flights. 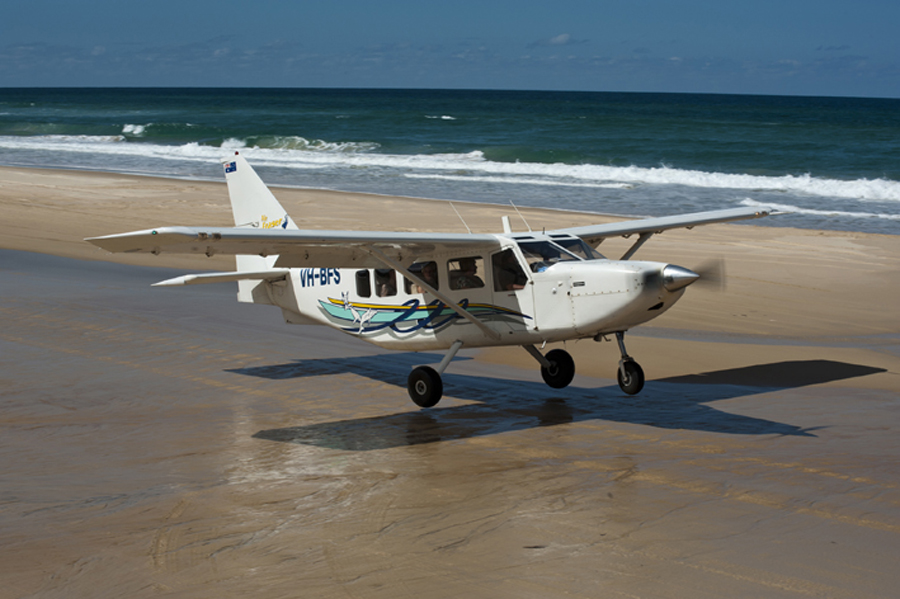 The take-off distance of the Airvan is relatively short. Even if the eight-seater carries a full load of passengers there is always enough “runway” available. 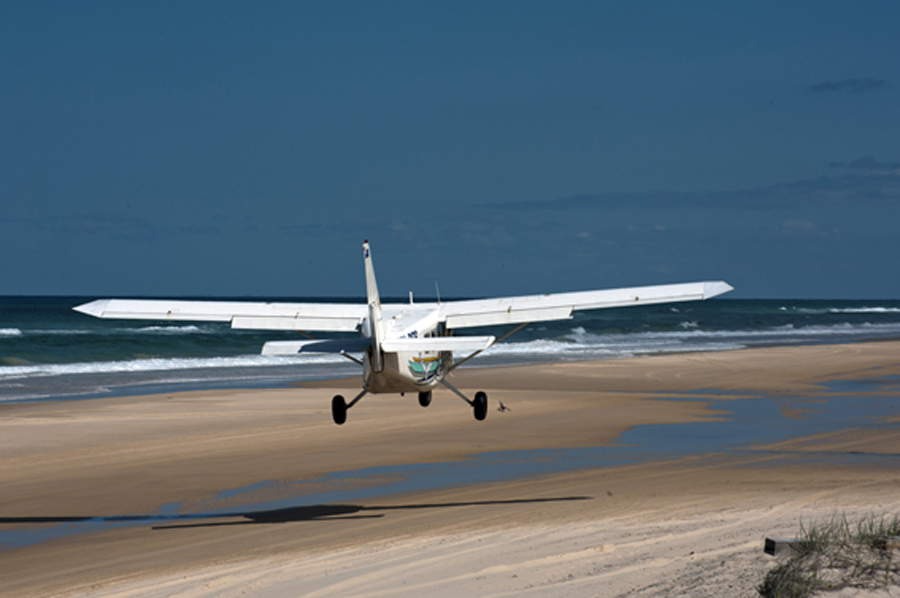 Air Fraser Island’s schedule pretty much depends on the circumstances. Only during low tide the beach is wide enough to allow bus – and aircraft – traffic.